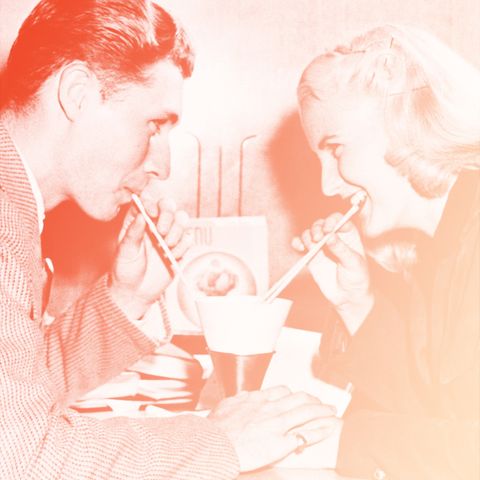 Hi, allow me to introduce myself: I’m Katie, a 23-year-old single woman living in New York City, and a notorious relationship girl. I don’t know if it’s because I watched too many rom-coms growing up, or if I’m just wired to DTR the moment a dude double texts me, but casual dating is not something I’ve ever learned how to do.

But for the first time in my life, I don’t have the time, energy, or f*cks to give another person besides myself. So aside from writing: “I DON’T WANT ANYTHING SERIOUS” in red ink on my forehead, how do you actually have a casual relationship?

I talked to psychologist Paulette Sherman, PhD, and author of the upcoming book Facebook Dating: From First Date to Soulmate on 10 tips and tricks for navigating ~casual~ situationships. You’ll want to use these the next time you’re swiping on Tinder, girl—you can thank me later!

If you’re only wanting someone to come over between the hours of 2 a.m. through 4 a.m., it’s probably best to avoid matching with the dude who is “looking for his person” on Hinge. “Be honest and direct,” says Sherman. “Say, in your own words that you’re looking to have fun right now, and you’re not looking to be in anything committed.” It’s up to you on if you want to give them details on why.

2. Set boundaries and stick to them.

I’m sure I don’t have to tell you this, but if you’re seeing someone 3 times a week and leaving a toothbrush at their place, you’ve bypassed the realm of casual dating. Give yourself a routine: “Some people see each other on every Friday or on the weekends,” says Sherman. But when you’re spending multiple days together and meeting each other’s parents, you’re definitely manifesting a relationship she says.

Look, I get it: My biggest fear is asking OkCupid Paul how his dachshund is—only to realize that Paul is allergic to dogs, and it’s actually Bumble Frank who has the new pupper, too. But “dating around can be a good way to keep things casual,” says Sherman. I mean, a good rule of thumb? You’re *def* not going to catch feelings for someone whose allergy you can’t remember.

It can be natural to get jealous—especially when you see the object of your (casual) desire shotgunnin’ White Claws with somebody besides you. But at the end of the day, don’t forget that this is your decision. Dating someone casually has a lot more gray area than a normal relationship, so it’s not a direct attack on you if you see something that makes your heart skip a couple beats.

5. Keep it off social media.

As someone who is ~very~ online (help), sometimes sharing things to the world is just second nature. But before you snap a pic of the cute cocktail you ordered with pink sugar on the rim, ask yourself: Wait, do I really need to tag him in this too? The answer: absolutely not. “Putting tons of pictures on social media could mislead someone,” says Sherman. Wait until your next girl’s night to geotag that new wine bar.

6. Make sure you’re on the same page about sex.

7. Seriously, keep the chatting to a minimum.

Sending good morning dog memes are cute in a relationship. But when you’re just dating someone casually, not so much. Text them when you want to make plans, but don’t text them about how annoying that one coworker is because “then is when it kind of becomes friends with benefits,” explains Sherman. TL;DR: Keep it light and easy.

8. Steer clear of anyone from work or school.

Casual dating works best if you’re with someone that’s easy to cut ties with. If and when your fling ends, you don’t want to randomly run into them at your best friend’s birthday party. Go for someone in a circle that doesn’t overlap with yours.

9. Revisit the deets every once in a while.

Maybe after your fifth date, you realize that even though you swore up and down you’d keep it casual, this person might just be ~the one~. Don’t just keep those feelings bottled up and hope that something will change. Communication is everything in a situation like this, so Sherman recommends checking in every once in a while to make sure you’re both still down for drunk make-outs sans feelings.

You may want to know *every* *single* *detail* of the other person’s dating life, or you may want to operate on a “don’t ask, don’t tell” agenda. It’s different for everyone. If you think that too much information will make you uncomfortable or upset, tell them that. But if you think that you will go deep into the depths of their Venmo for stalking purposes, tell them to keep everything real with you, too.